My usual mistakes when I run a race:

1) Starting out too fast

Both are culprits to draining energy early in the race and by the time I reach the halfway point, my pace painfully slows down to a point when I start to question “Why, why, why did I run faster than my planned pace those first several miles!?…”

However, I did not suffer this fate at my first 10K race this year, the Super Run 10K.  I had my eyes set on a PR but I was nowhere near achieving a 7:30/mi pace.  I knew though it was possible to beat my time last year and even the time I ran it two years ago, so I decided on an 8:00/mi as my pace goal.

Lining up at a race is critical to maintaining a goal pace.  If I lined up with the Speedsters way up front, I would be forced to try to keep up with them.  On the contrary, being with the much slower-paced runners would place me behind my goal then I have to resort to weave in and out of people (another reason for mistake #2).  Because most of the runners were from the San Diego Track Club, I had an idea which runners would run my pace and chose to line up behind them.  It was almost near perfect as I only had to dodge a few people to get settled into my groove and my pace.

The course started at South Shores Park, east of Seaworld where it followed the path past the Seaworld parking lot, up and down two bridges towards Crown Point and back.  The slight inclines on the bridges and on the way back towards Ingraham St from Crown Point were the toughest parts, but I managed to buy back some of the time lost during the downhills.  Overall I felt strong throughout the entire race, except for my arms (Lesson learned: Don’t weight train two days before a race!) which were still sore from my workout. 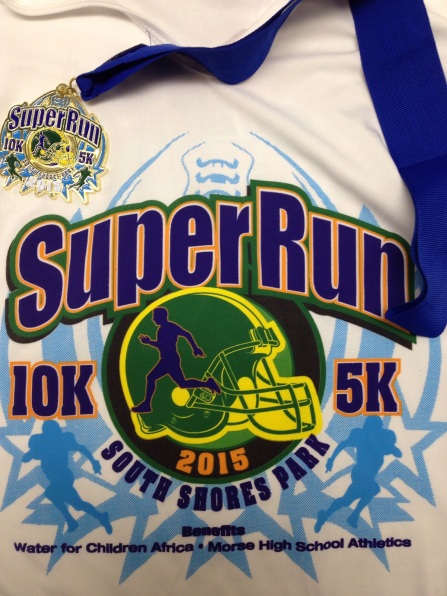